In this article, we curated a list of the best Kotlin starter kits that are available as of the time of this writing. Kotlin is the new cool kid in town: Google’s new programming language for coding up Android apps. It brings up a lot of value on the table, through amazing modern features such as higher order functions and lambdas, which were not supported in Java. With Kotlin, Google is shifting the paradigm towards functional programming, which can also be seen as a response to Apple adopting Swift.

Kotlin is extremely powerful and Android developers should adopt it as soon as possible. An effective way of ramping up on Kotlin is to download an existing free starter kit, to learn practically. By getting used to the Kotlin syntax and by making a few changes to existing open-source Kotlin templates, an Android developer can quickly incorporate the new language. Available on Github, with more than 350 stars, this Kotlin navigation drawer project represents the best starting point for an Android app. It enables developers to create Material navigation drawers in any activity or fragment, without having to write any XML. It’s all pure Kotlin code, and you’re gaining access to various UI elements, such as menu items, badges, profile headers, etc. Check out their Github page for guidance on how to integrate this into an existing Android Studio project as well as how to leverage its wide variety of features. Simple Gallery is a fully implemented Android app featuring a Photo Gallery app. With more than 400 Github stars, this project represents the best Android starter kit for any photo & video app. It has capabilities such as Built by the same developer as Simple Gallery, Simple Calendar is exactly what its name suggests: a lightweight calendar application. If you are a serious Android developer, chances are you’ll work on an app that will require a calendar feature at some point. When that happens, check out this Github project. Starred by more than 1400 developers, the open-source code is an implementation of a beautiful free Android calendar app. The app supports recurring events, reminder scheduling and even birthdays and anniversaries (by importing address book contacts). These extremely advanced features will save your a ton of development time and energy. Twidere is an open-source Twitter client for Android. It’s published on Google Play as a standalone app, which proved to be pretty successful over time, with more than 500.000 downloads. The author open sourced the code, and the resulting Github repo collected more than 1500 stars. This is a great resource to start the journey of developing apps in Kotlin since there’s a lot to learn from the amazingly large number of features it incorporates: material design, multiple account support, tweets with photos and videos, customizable tabs, night mode, etc. While it’d be pretty hard to integrate the code into an existing Android app, you can learn a lot about Kotlin and Android design patterns just by browsing the Github source code.

Did we miss any amazing Kotlin Starter Kits? Let us know in the comments! 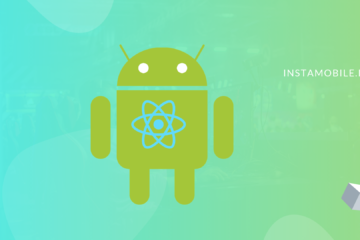 How to Generate a React Native Release Build APK for Android

React Native developers are often in the situation of releasing their React Native apps to the Google Play Store so that Android users can download them. In this tutorial, we are going to learn how Read more… 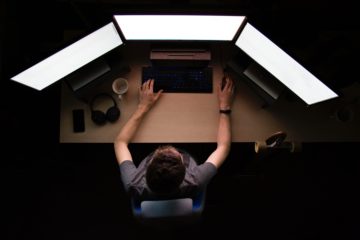 Are you a mobile App developer? Do you work in a team along with Web developers? Does your app depend on APIs provided by the Web team? Have you ever faced issues with unavailability of Read more…

In this article, we are introducing a new tool from Google which allows us to distribute mobile apps to other people, before they are published to the App Store or Play Store. This has been Read more…